The Mangosteen Resort Concept – a genuine Boutique Resort in Rawai, Phuket, being different, unique and consequent – not the average mass tourism Resort Concept!

The Mangosteen Ayurveda & Wellness Resort features 50 villa style guest rooms and a selection of facilities over an area of 25,000 square meters of lush tropical gardens. Located in Phuket’s South district of Rawai, it occupies an entire hillside with stunning views towards Phi Phi and many other surrounding Islands. The resort concept tries to be different, tailored for individual travelers, looking to stay away from the crowds but also looking for some special touches.

A well-rounded resort concept, consists of the following key characteristics: 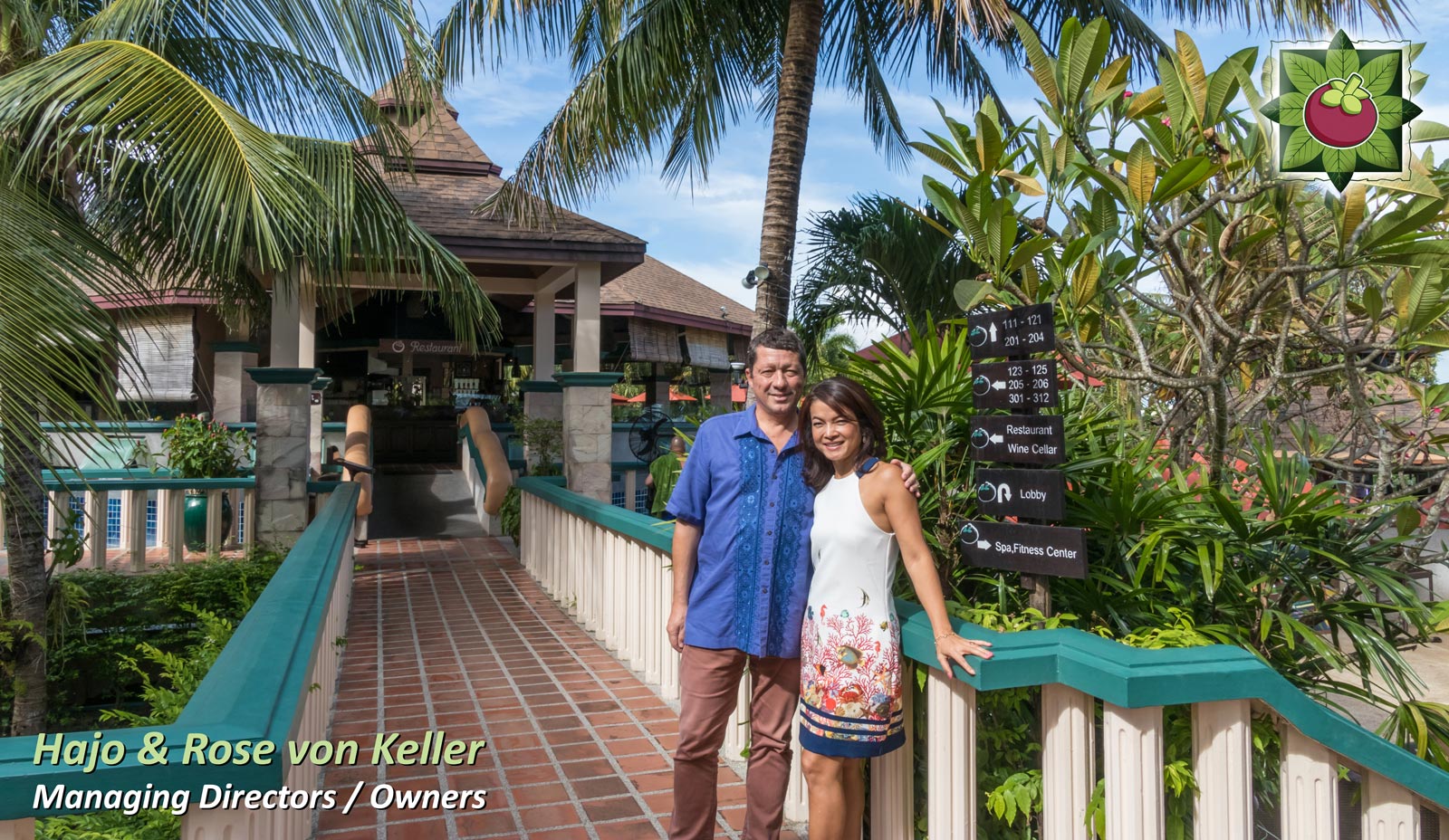 The Mangosteen History and resort development 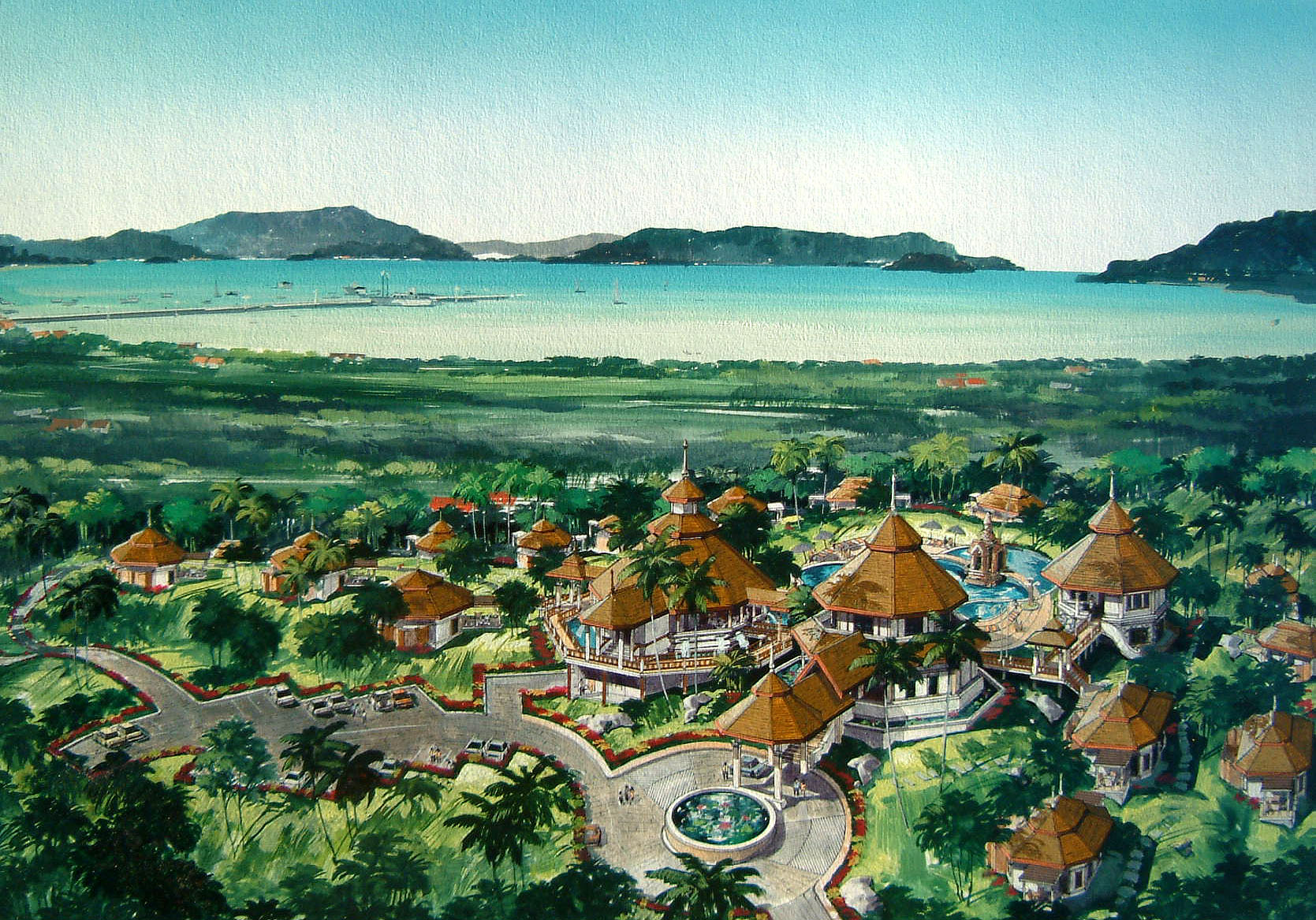 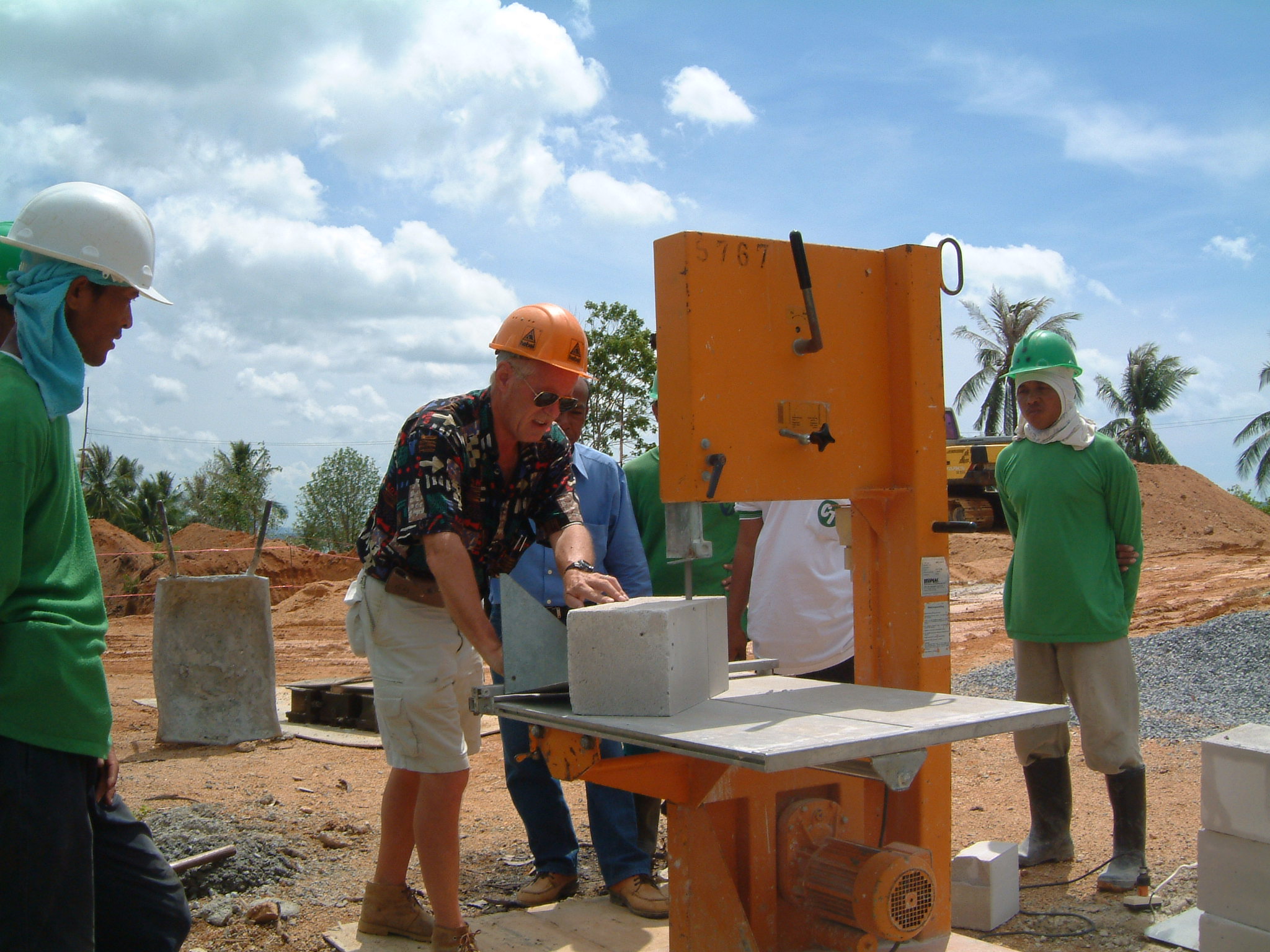 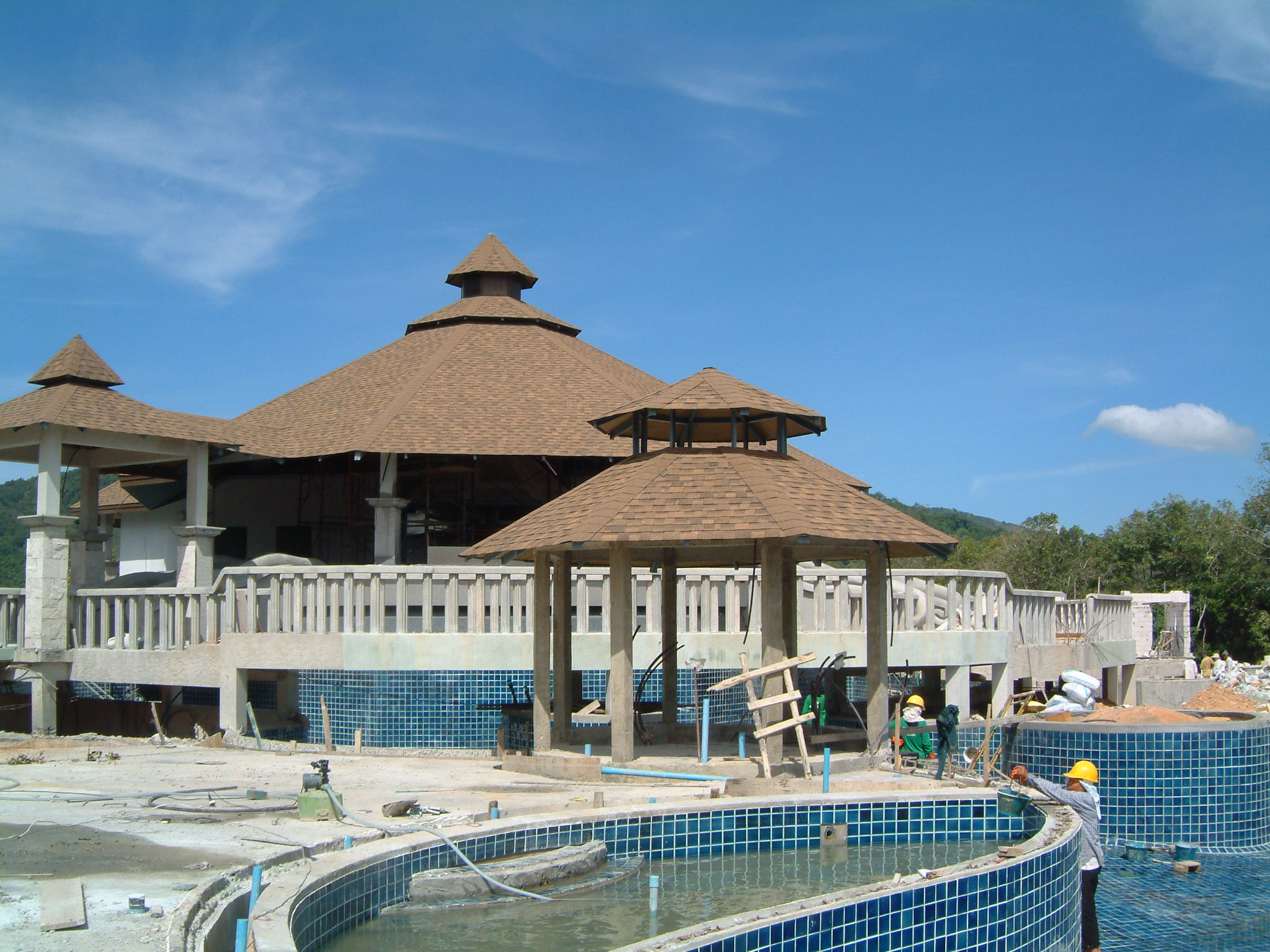 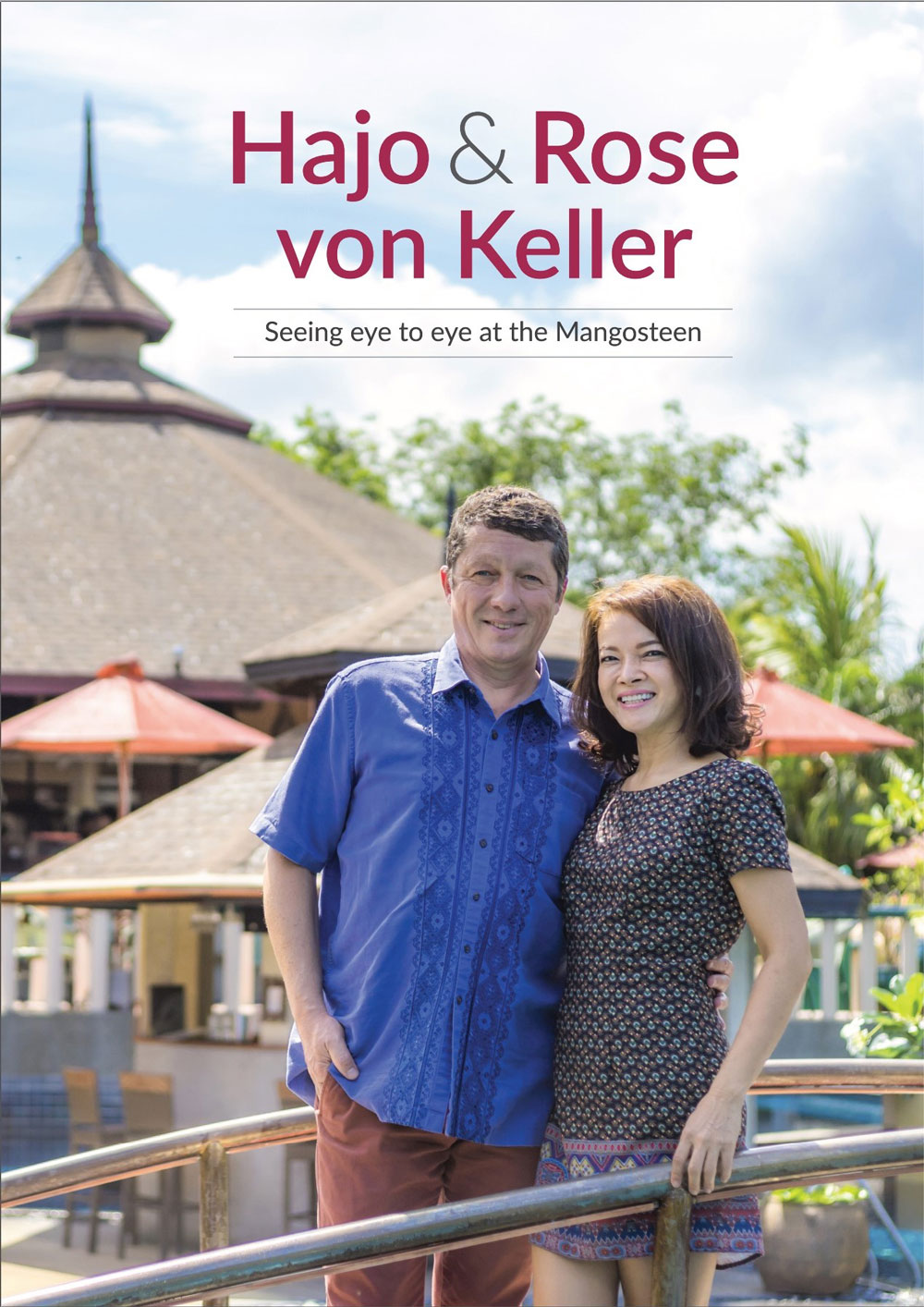 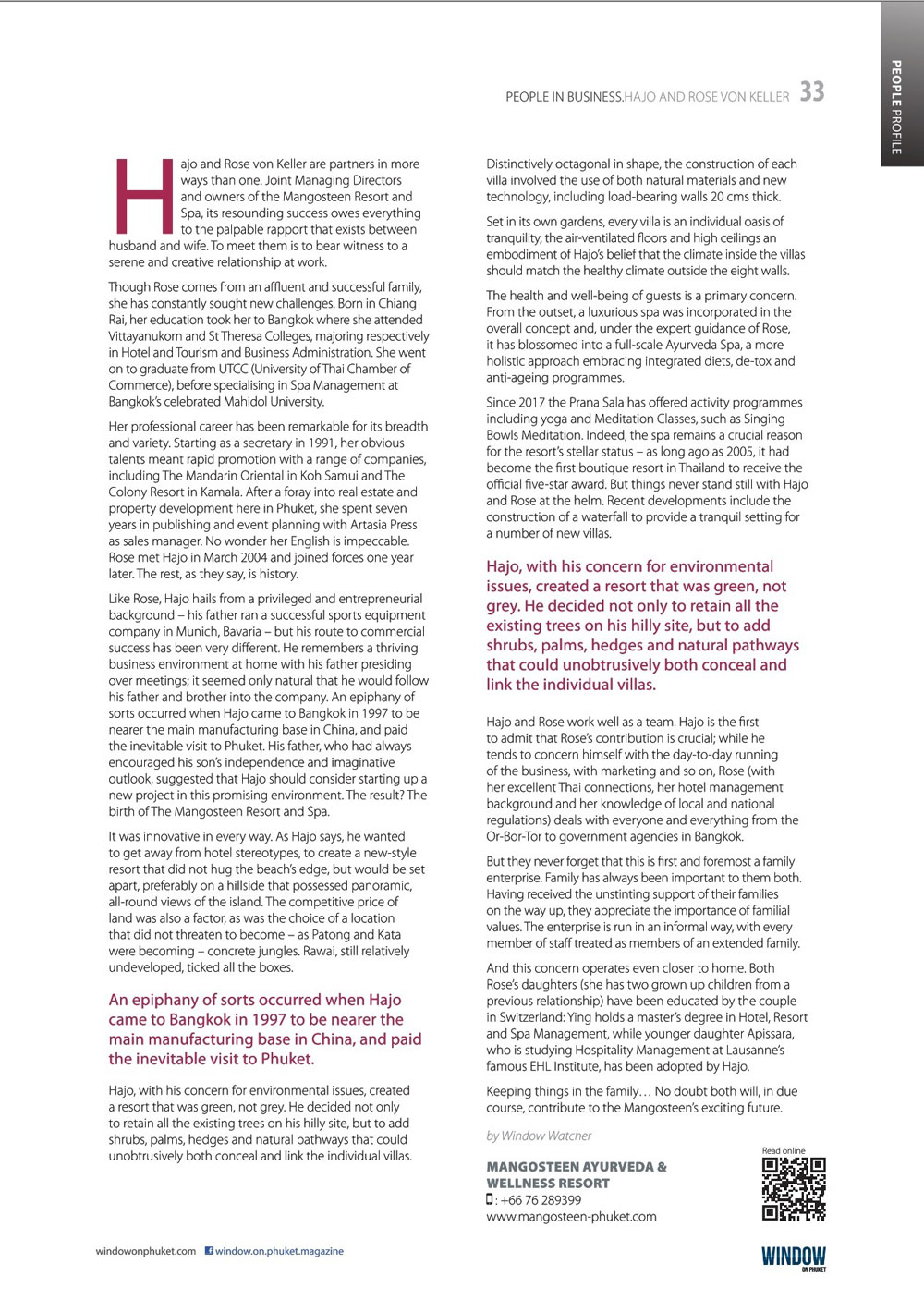 The Mangosteen Resort opened in March 2003, after 2 years of planning and construction. Initially offering 42 villa rooms, it was extended to 50 villas in 2017.

Applying construction technology completely new to Thailand, such as load bearing walls, 20 cm thick and well insulated, air ventilated floors and ceilings, an electrical system according to highest western standards, a high-quality feel was achieved hard to be found anywhere else in Phuket. Healthy living starts from good climate in the villas! It’s subtle. People feel the quality without being able exactly what it is, because it’s everything. The whole product gives the impression to be “one piece”, oozing quality and making guests feel special.

Developed by German business entrepreneur Hajo von Keller, it was the first ever Boutique Resort in Thailand receiving the official 5-star award by the Thai authorities in 2005. 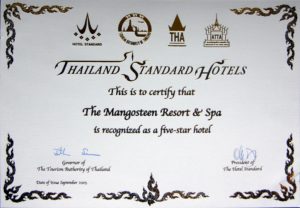 The resort concept was unique as it was one of the first ever Resorts in Phuket not located directly on a beach but on a hillside with amazing sea views instead. This allowed for generous space, better privacy and larger, tropical gardens. A shuttle to Nai Harn Beach provided beach access not to just any beach but to one of the best beaches on the Island. Nai-Harn is protected by National Park laws and a Buddhist Temple, occupying all the land behind the beach, thus avoiding any further development. Nowadays, many beach areas are too crowded, so more and more travelers are looking for quieter alternatives without going too far away from the tourist centers.

From the very beginning, a high-end Spa was integrated, which became Ayurveda Spa in 2010. The addition of the Ayurveda Programs was implemented very successfully, now leading to a broader approach adding many different wellness, detox and anti-ageing programs and retreats. Since September 2017, the new Prana Sala allowed for regular activity programs, such as daily Yoga sessions, Zumba Dance, Singing Bowls Meditation and many others. Yoga Retreats can be held at the resort with up to 20 people.

As a consequence, we made the resort adult-only in 2013, a decision made purely based on guest feedback. It was what our guests were asking for and experience has shown, it was the right decision.